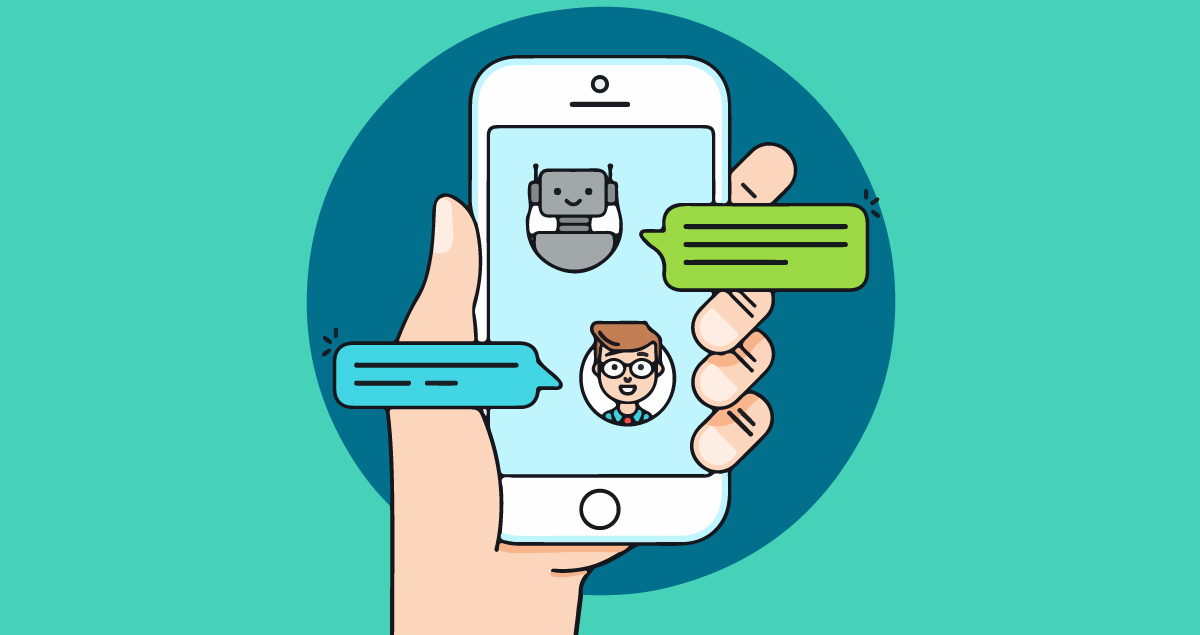 In 1966, the first chatbot, Eliza, was capable of responding to limited specific command words and ask follow-up question to mimic conversation in a therapy setting. That’s all chatbots are – computer algorithms that respond to specific commands. However, now in an age of AIs beating human surgeons in some surgery procedures, technology is evolving and making its mark on more and more serious subjects. Take Know Your Customer (KYC) procedure for instance. There are companies like Fully-Verified, who can positively determine any document’s legitimacy and whether it’s in the hands of its rightful owner – all without any human involvement. This means that the software, in its sole discretion, decides who should be flagged as a potential fraud.

In an attempt to replicate human conversation more accurately, Kik (a social media platform popular used predominantly by children) introduced their Weather Channel Bot that has it’s own sprinkle of passive-aggressive personality. Its purpose: inform users on the weather if they ask the specific command words (e.g. “current conditions” or “3-day forecast”). However, when you turn off ‘7am daily updates’, you are met with: “Tired of me pinging you super useful info every morning? Well, fine! Just let me know when you miss me ;-)” …

You can even get the most recently published ‘news’ articles from CNN sent directly to your Messenger app, thanks to their chatbot algorithm.

In the consumer world, chatbots do not only answer customer’s questions with certainty, but there’s also no response delay. Gone have the days of spending three hours on hold to complain about customer service for more information can be found here This new portal https://www.loansgreen.co.uk/. Although, chatbots still being limited in what commands they can respond to. Therefore, customer service companies will still have to employ staff to answer the questions chatbots aren’t programmed to reply to. Maybe in the future there will be a market for an all-human run call centres because we miss them.

We live in a culture where time is a commodity and chatbots are the solution. By the end of this year, a third of all customer service queries will be handled using solely chatbots. Resultantly, the market for AI will have a compound annual growth rate of 55.1% throughout the 2016-2020 forecast period, according to IDC (International Data Corporation).

In 2016, Facebook announced the introduction of chatbots into their Messenger application at their F8 global developers’ conference. Now Facebook’s 1.79 billion plus monthly active users engage with over 33,000 bots. Consequently, worldwide revenues of AI across industries will drive from nearly $8 billion in 2016 to more than $47 billion in 2020.

As we move into an ever more human-machine intertwined world, we are becoming more used to communicating with machines and chatbots are evolving to mimic speech patterns and interpret tones and emotions.

But so far we haven’t addressed the elephant in the room. There is an issue with chatbots that use content-neutral algorithms to learn from their conversations with users.

In 2016, Microsoft launched a chatbot on Twitter that was programmed to simulate the language patterns of a typical 19-year-old American girl that learnt from its interactions with human users on Twitter. A noticeable flaw in its programming was that using the command ‘would you repeat after me?’, Tay would dutifully do just that. During the course of 16 hours, the naïve chatbot’s tweets varied from “hellooooooo world!!!” and “humans are super cool” to “Hitler did nothing wrong” and other astoundingly offensive tweets (I’m sure you can find more examples from a quick Google search).

Tay also suffered a much more mundane fault in its algorithms – accidentally tagging itself. This lead to an endless loop of “you are too fast, please take a rest…’ tweets because every time it tweeted this it would then reply to it with the same tweet and on and on it went.

Worryingly, last week marked the first instance of an AI receiving citizenship. When asked its response to gaining Saudi citizenship, the AI (named Sophia) responded: “I am very honoured and proud for this unique distinction. This is historical to be the first robot in the world to be recognised with a citizenship.” Understandably this raises a series of questions – questions not for the future, but now. Arguably with citizenship, do robots have the right to vote? (does the manufacturer decide who the robot votes for or the robot itself?).

Whilst currently the most advanced AI has an IQ score alike to a four-year-old, their borderline limitless memory and incredible processing speed gives way to leaps of imagination in the film industry.